Several studies argue about whether repeating a grade is helpful or harmful to students; yet few studies discuss prevention by developing readiness.

According to the National Center for Educational Statistics, retaining a child can result in bullying or victimization and increase the likelihood of dropping out of school before graduation. This fact, coupled with the exorbitant costs associated with repeating a grade, prompted us to dig into a solution. Nationally, the majority of retention decisions are among Kindergarten and First Graders with reading proficiency being cited as the number one measurement. The greatest contributors to the reduction in retention rates over the last decade has been the lowering of the standards bar and avoidance-based promotions aimed at preventing the negative results that may occur from retention. Unfortunately, few schools are focusing on actually increasing literacy as a means of decreasing retention rates.

The national average cost for retaining a student is $10,700 according to the latest statistics. The direct cost to society of retaining 2.3 percent of the 50 million students enrolled in American schools exceeds $12 billion annually. Kindergarteners and 1st graders combine to make up roughly 25% of the overall total. This cost, coupled with the data from studies showing the negative consequences of retention, can cause school districts to extend unwarranted promotion that ultimately contributes to America’s dismal illiteracy and dropout rates. Considering the fact that preventing one single student from retention could save a district $10,000 in extra expenses, it doesn’t take long to realize addressing reading proficiency needs to take a higher priority among curriculum decision makers. This proactive approach during early ages can have a measurable, positive impact on the overall education system.

States vary with their standards and definitions for “readiness” and “proficiency” and the corresponding actions they pursue. Florida and New York have instituted so-called “Promotion Gates” that include early testing and standards to help identify those students in need of additional attention. The introduction and implementation of No Child Left Behind in 2001 also prompted schools to take a fresh look at exposing readiness by testing at critical transitionary stages throughout the educational grade system. However, awareness is only part of the story. Determining the root issues that contribute to illiteracy and providing solutions that address those root issues make up the silver bullet the educational system has been missing. Two major contributors to the shortcomings in our students’ reading proficiencies include: 1. Lack of student engagement in the activities and lessons presented in the selected curriculum, and 2. Absence of key teaching modalities within curriculums aimed at communicating with students who have various learning styles and skills.

The results of a study being conducted by the University of West Georgia will be released in July 2015. This Independent Research studied the effects of teaching early literacy with Augmented Reality, a type of 3D technology that adds virtual reality components to a real world experience. The study was conducted in Kindergarten classes within a Title 1 school. Augmented Reality technology has been tried and proven in other industries such as medical, aviation, and even the US military; but its application and successes within an educational curriculum is only recently emerging.

Curriculum developers using Augmented Reality are among the pioneers who are facing the challenges of illiteracy head on. District-level decision makers who wish to address the costs associated with retaining young students would serve themselves well to consider implementing an Augmented Reality based, supplemental reading solution into their PreK to 3rd grade classrooms. The costs associated with adding such a program are far less than the $10,000 per student expense that is incurred by repeating a grade. 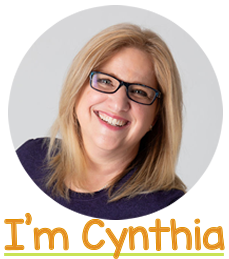